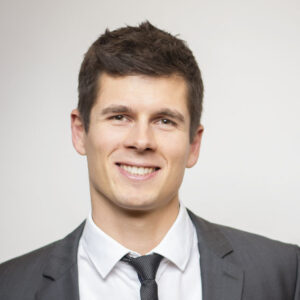 The meeting of the industry network, Clean Intralogistics Net (CIN), with over 100 participants from logistics, intralogistics, airports and suppliers in the fields of hydrogen and fuel cells, has demonstrated that the variety of fuel cell system providers is increasing, but that funding continues to be necessary.

An initiative of NOW, the industry network Clean Intralogistics Net (CIN) hosted an innovation event with a plant tour of the premises of the BMW Group plant in Leipzig on 27 September 2022. The plant has the largest hydrogen vehicle fleet in intralogistics in Germany. More than 100 participants from logistics, intralogistics, airports and suppliers of hydrogen and fuel cell technology assembled to discuss innovations in green intralogistics and fuel cell technology and see them in action for themselves at the event. “Developments in intralogistics are impressive. Many recent innovations are already being used here at the BMW Group plant in Leipzig. Given the momentum that hydrogen now has in terms of the overall economic debate, it’s time to capitalize on this for the sector”, said Christoph v. Knobelsdorff, CEO of NOW GmbH.

Fuel cell vehicles in practical use

During the tour of the plant, participants were able to experience live the 130 fuel cell industrial trucks that are already used at the Leipzig BMW Group plant, as well as 11 hydrogen-powered, driverless transport vehicles. The benefits of the refuelling process of the hydrogen vehicles in terms of the process sequence were also demonstrated and the compact design of a hydrogen dispenser at the plant was displayed.

Under plant manager Petra Peterhänsel, the Leipzig plant takes a holistic approach and is already thinking far beyond intralogistics in using fuel cells: “In future, we will use hydrogen as an energy carrier in other application areas too, e.g., in process heating in the paintshop, truck transport logistics and in the energy centre. The supply of the plant through a connected hydrogen pipeline will represent a major milestone on this journey.” Hydrogen is currently being delivered by truck.

The CIN network, and thus the provider market, is growing. This was illustrated at the large-scale technology display with marketplace – the second focus of the event. In-depth expert discussions were had at numerous exhibition stands. Two new partners joined CIN: Globe Fuel Cell Systems GmbH and FES Fahrzeug-Entwicklung Sachsen GmbH.

Another positive take-away is that the diversity of fuel cell system providers continues to grow. Along with Plug Power, now Globe Fuel Cell Systems, Kion Group with its brands Linde Material Handling and Still, as well as FES, are prominent in the European market.

“Intralogistics recognized the potential of hydrogen early on. The sector is well positioned for ramp-up with a broad range of products. Nevertheless, to improve economic competitiveness compared to conventional technology, create incentive for investment in sustainable and innovative logistics solutions and the breakthrough for these green drive technologies, targeted funding from the federal government is still needed”, explained CIN spokesperson Kai Hesse from Toyota Material Handling.

There are currently 15 companies in the CIN advancing the market activation and market development of fuel cells in the intralogistics segment. The partners cover the entire spectrum of the value chain, from manufacturers of industrial trucks and fuel cells, to component and gas suppliers, to users of the technology. The CIN was established in 2016 and was founded by 8 entrepreneurs, with the objective of sustainably pushing the use of fuel cell technology in logistics. The network is an initiative of NOW GmbH, with the VDMA Association for Materials Handling and Intralogistics as the associated partner.