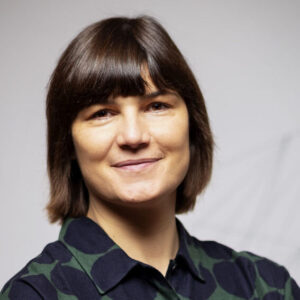 Accelerated fleet conversion by the end of 2025 in sight

This is news that brings added pace and plenty of momentum to the electrification of the TüBus fleet: Tübingen’s public utility company Stadtwerke Tübingen (swt) has successfully applied for funding under the Federal Ministry of Digital and Transport’s guideline for the promotion of alternative drives for buses in passenger transport. While it may sound complicated, for TüBus it means taking big steps towards converting its bus fleet to electric drives. The preparations are underway: From 2023, 44 new e-buses are to be gradually taking to the streets of Tübingen. This will bring the university town significantly closer to its 2030 climate protection goals in the mobility sector.

The project is being funded by the Federal Ministry of Digital and Transport with a total volume of 13,816,000 euros within the scope of the Bus funding guideline of the BMDV. The funding guideline is coordinated by NOW GmbH and implemented by Project Management Jülich (PtJ). A maximum of 80 percent of the additional costs for electric bus procurements and 40 percent of the costs for the charging infrastructure, which is supported with a further 2,531,254 euros, are eligible for funding.

Ortwin Wiebecke, Managing Director of Stadtwerke Tübingen, says: “Up to now, we at TüBus have continuously advanced the conversion of the bus fleet to non-fossil drives in small steps over many years. Now, the federal government’s funding of 44 new e-buses will enable us to make a giant leap towards climate-friendly and largely electrified public transport in Tübingen over the next few years. We are delighted with this and are highly motivated to meet the associated challenges.”

In recent years, TüBus has successively modernised its bus fleet and converted it to partially and fully electric vehicles. The first purely electric TüBus celebrated its premiere at the end of 2019. A wide variety of different electric bus models were tested over several years to determine their suitability for Tübingen’s challenging topography. In the meantime, two more electric buses and 26 hybrid buses are driving through the city.

The next intermediate stage has already been set for next year: The first four electric solo buses from the federal funding programme are scheduled to arrive in 2023. In addition, probably as early as the second quarter of 2023, six new electric articulated buses will also be delivered, which were funded via the Municipal Transport Financing Act (GVFG – Gemeindeverkehrsfinanzierungsgesetz). Four electric mini-buses, also funded through the GVFG, have already been recently delivered.

New challenges from 2023 onwards in sight

Taking into account the BMDV’s bus/rail funding guidelines, the signs are finally pointing to acceleration from 2024 onwards: The TüBus fleet can be electrified to a large extent much faster than previously assumed. By the end of 2025, between 50 and 75 percent of the 80-vehicle TüBus fleet could then be purely electric – assuming a sufficient number of electric buses are available on the market in the coming years.