Within the HYPOS research initiative, a pilot project is beginning on 1 May 2019 on the underground storage of hydrogen in central Germany. The aim of the “H2 research cavern” project is the development and official approval of a research platform for storing hydrogen in a salt cavern.

The research cavern at Bad Lauchstädt is part of an overall concept to develop a model region for hydrogen in the new federal states. The core of the concept is to supply the model region with green hydrogen. This should be produced with the aid of power-to-gas technologies (large-scale electrolysers) from renewable electrical energy. Via the gas infrastructure, green hydrogen will reach customers in the chemical industry, in the mobility sector and in urban energy provision.

Aside from gas infrastructure companies VGS and ONTRAS, DBI- Gastechnologisches Institut gGmbH Freiberg, the Fraunhofer Institute for Microstructure of Materials and Systems IMWS, IfG – Institut für Gebirgsmechanik GmbH as well as associated partners Linde AG and Terrawatt Planungsgesellschaft mbH are participating in the “H2 research caverns” research project. All project partners are members of the HYPOS consortium. HYPOS researches all aspects along the green hydrogen value chain in order to further increase the contribution of regeneratively-produced hydrogen as a key energy source of the energy transition. 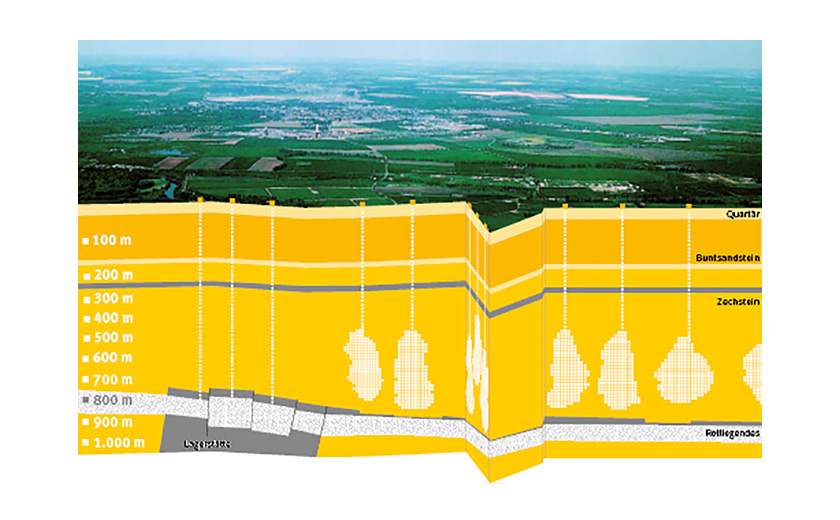 Bad Lauchstädt cavern storage: The caverns, mined from a 500-metre thick salt layer, are located at a depth of between 765 and 925 metres.